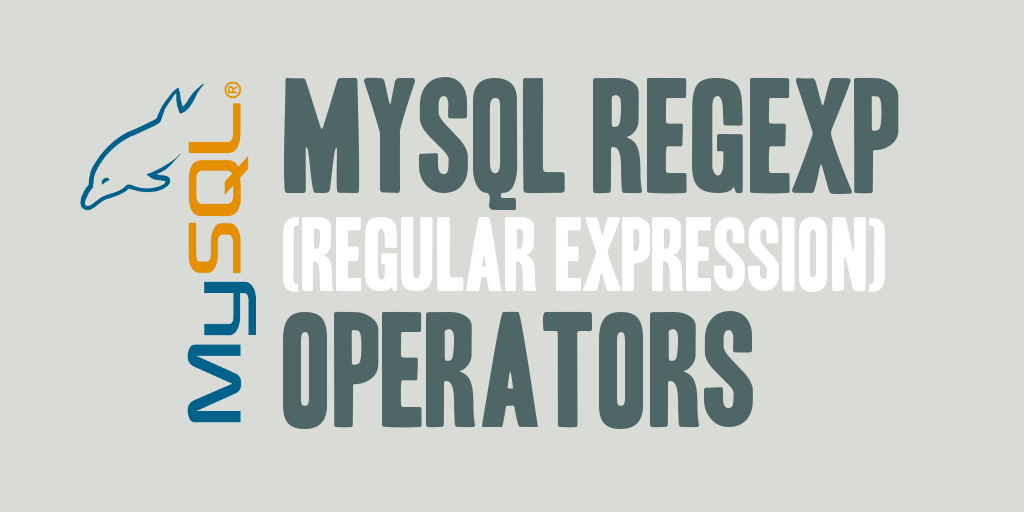 MySQL offers the ability to use regular expressions to perform complex searches against your data. A regular expression is a tool that provides for a concise and flexible way to identify strings of text based on user-defined patterns.

The following operators are used in MySQL to perform regular expression operations. These are used in a WHERE clause similar to the well-known and often used LIKE operator.

The basic syntax used for MySQL regular expression operations is:

To provide more detailed, yet simple, example of a MySQL regular expression operation, take the following statement. It will retrieve all the columns of each record in the table PRICE where the PRICELIST_ID matches the pattern specified (starts with the numeric range 0-9 occurring one or more times, followed by an ‘_’ (underscore), and then the character sequence ‘USD’.

Another example of a MySQL regular expression operation, can be shown in the following statement. It will retrieve all columns of each record from the PRICE table where the PRICE_ID matches the pattern specified (starts with an O, followed by and ‘_’ (underscore), then the numeric range 0-9 occurring one or more times, followed by and ‘_’ (underscore), then ending with either the character sequence USD, or BRA.

* NOTE: MySQL interprets the “\” (backslash) character as an escape character. If you choose to use the “\” character as part of your pattern in a regular expression it will need to escaped with another backslash “\\”.